I like men who have known the best and the worst, whose life has been anything but a smooth trip. Storms have battered them, they have lain, sometimes for months on end, becalmed. There is a residue even if they fail. It has not been all tinkling; there have been grand chords.

…from Burning The Days, by James Salter, above whom no one stands any better at writing, simply, of men.

There was a game he liked that he had once played all the time. It was who could get you to cry in the fewest words? There was a line in The Three Sisters: “You mean, I’m being left behind?” But Irwin always quoted the article by Gay Talese about Joe DiMaggio: On their honeymoon in Tokyo, Marilyn Monroe had gone off on a USO tour and come back and said, Joe, there were a hundred thousand people there and they were all cheering and clapping; you’ve never seen anything like it.

Yes, I have, DiMaggio said.

I try to summon her and all the letters with their girlish script, the pleas and admonitions, gossip of friends, endearments, exaggeration. Sometimes it seems that all that has happened since is less vital than what we were, and the luster of her eighteen years, the tawdriness I wanted to immerse them in, to stain their glory and make them immortal. She was, for a season, mine, and I was drunk with it. I had the hussarlike luxury of being bored by the genuine thing, and though places have vanished, where she stands is where she has always stood and I carefully place her story where it belongs, before the rest.

…perhaps the greatest paragraph I’ve ever read, from Burning the Days, by James Salter.

The book was in her lap; she had read no further. The power to change one’s life comes from a paragraph, a lone remark. The lines that penetrate us are slender, like the flukes that live in river water and enter the bodies of swimmers. She was excited, filled with strength. The polished sentences had arrived, it seemed, like so many other things, at just the right time. How can we imagine what our lives should be without the illumination of the lives of others?

The sweater was not snug, but still.

…from the aptly named All That Is, by James Salter 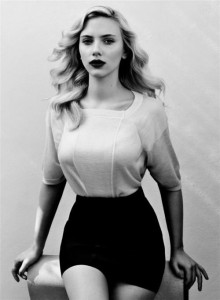 There was a time, usually late in August, when summer struck the trees with dazzling power and they were rich with leaves but then became, suddenly one day, strangely still, as if in expectation and at that moment aware. They knew. Everything knew, the beetles, the frogs, the crows solemnly walking across the lawn. The sun was at its zenith and embraced the world, but it was ending, all that one loved was at risk.

…from All That Is, by James Salter, who might be a wizard.

Last year I read an article titled “The Greatest Novelist You Haven’t Read” at Slate. Based on the heft of a single quoted line (“They made love like it was a violent crime”), I purchased this novel, and quickly discovered that the title of that article was entirely justified.